It's been weeks, if not months since I blogged, I've just been so busy.  A while ago I was asked to put together some craft workshops for Petrus, a local homeless charity.  So every week for the last couple of months I've been working with  some of the lovely ladies who attend there.  Some of these women are vulnerable or need extra support and it’s been a real privilege to work with them, getting to know them and gain their trust, helping them to learn new skills and to see their creative confidence grow.

The first week, was rather nerve-wracking as we got to know each other and I brought along a project which wouldn't overwhelm them and  so I could assess their abilities.  I think they did really well and it was lovely to see what they achieved. 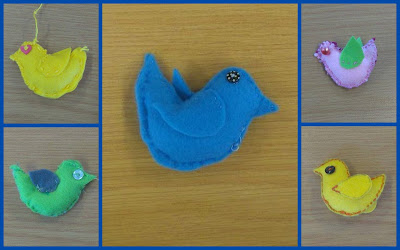 During this session, we chatted with what they would like to do over the coming weeks and it seems they all like "upcycling"!!!  So for the next couple of sessions, we brought in old clothes so that they could alter them into something new. I was so impressed with their creative vision and their ability to carry out, which for some would be quite a daunting process.

One lady re-vamped this colourful top into a bag, but then decided it would be better as a scatter cushion.  I like that she was bold enough to change her mind about what her finished item should be and that once finished it was impossible to know what it started out as.  She incorporated all the main features of the original garment and used them really creatively in her finished cushion.  She also added a loop and fringe detail from another garment which works perfectly.  Well done! 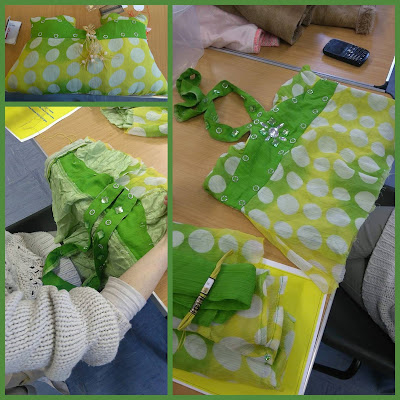 Before my class, the ladies have a zumba session.  This lady decided to re-style some clothes so that she could wear them for exercising.  She's chosen some very bold prints and designs and they work really well for their new intended use.  On the top with the tiger she chose to keep the original design but added rhinestone embellishments which work really well. The Zumba outfit was embellished with felt letters, buttons, bows and chains.  This lady has a real flair for creativity and each week she brings me photographs of items she has made for her home from recycled objects.  It's so lovely to see how she is blossoming week by week. 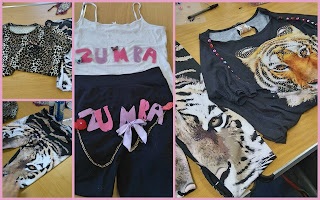 One week, we recycled old jeans to make these cute coin purses adding decorative buttons to finish them off.

Now that we have bonded and I have got a good rapport with some of the ladies, I have started to incorporate some of the projects which I like to do in my other craft workshops.  These often have a meaning behind them and show not only their creativity but also their personalities.  I'll talk more about this in my next blog post.  However, this is one of the samples I made. 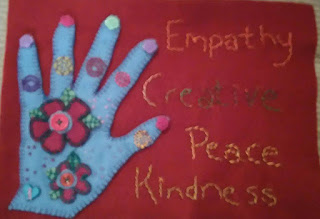 Posted by Unknown at 07:55
Email ThisBlogThis!Share to TwitterShare to FacebookShare to Pinterest